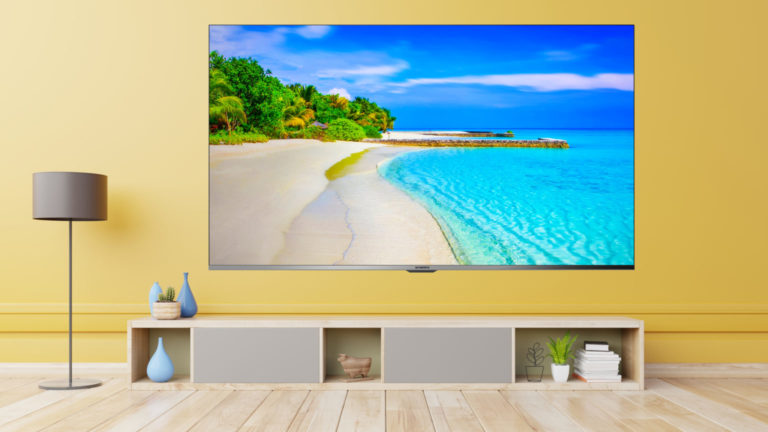 Skyworth TVs have been available in South Africa for about a year, which means it’s about time for the annual update to the product line-up.

The top-tier Chinese tech brand has introduced three new TV models: the SXC9800, SUC9300 and SUC9300 Pro, each available in multiple sizes, all with the narrow bezel design termed the Infinity Screen. All the new TVs feature the Android 10 TV operating system and include several other enhancements using artificial intelligence. Skyworth makes the impressive claim to being the first in South Africa to introduce several of these innovations.

AI for the home

Artificial Intelligence of Things (AIoT) is the natural progression of smart home devices, which no longer simply access the internet, but can apply some artificial intelligence to optimise how people interact with them. Through the Android TV OS and use of Google Assistant, Skyworth is able to provide a much more useful and efficient interactive experience with the TV. Using Google’s Home app, the new TVs can function as a hub for the smart home, allowing you to control lighting, security and also some appliances.

Google Assistant was previously available on some Skyworth TVs through voice commands received on the remote control. This has now been expanded to include mics installed in the TV itself, so you can launch your query, or issue your instruction to Google Assistant from just about anywhere.

The new TVs also have much improved quad-core CPUs, more RAM and more storage for apps. There is also two-way Bluetooth communications, a feature still not found on many competing TV sets, which allows the new Skyworth sets to connect wirelessly with speaker bars and headphones, and you can also use the TV like a speaker for your phone.

Like select Skyworth models before them, the new TVs have the Google Chromecast service built in, which means you can cast multimedia from your mobile devices or PC directly on to the TV. Photos, videos, and music opened on the phone can easily be transferred to the big screen.

Skyworth new flagship is the full package, with both beauty and brains. Although just 4 mm thick, the 120 Hz ultra-high definition OLED panel offers high refresh rates for smooth, stutter-free visuals. The variable refresh rate keeps the video frame optimally synchronised from processor to screen so there’s no tearing of the screen image, especially when gaming. The SXC9800 sports the new Trochilus Extreme image-processing engine for improved colour accuracy, with HDR and Dolby Atmos for immersive 3D sound. It will be available in 55- and 65 inches.

This UHD panel is the new mid-range champion with HDR+, Dolby Vision and Dolby Atmos. It uses the Chameleon Extreme processor with 8 GB of storage for apps. It supports Google Assistant using voice commands, which are received through the remote control, although the upgraded SUC9300 Pro supports far-field instructions. It is available 50-, 55- and 65 inches.

Skyworth prides itself on the use of the Android TV operating system on all its sets. This was unique in South Africa until very recently, and comes with several advantages. Among other things, it means many users already have some familiarity with Google’s Android phone operating system, which shares much of the same DNA. It also gives easy access to a rich app-store experience and the assurance that almost all popular video-streaming apps will be well supported for some time to come.